HomeMeritocracy and democracy: The economics of the pirate crew

Meritocracy and democracy: The economics of the pirate crew

The easiest way to explain the perils of undoing meritocracy and democracy is to look at economics. We argue that the concept based on merit and equal representation is the most potent ingredient for the success of the sustainable business model.

As the modern working stage continues to evolve, one of the most notable trends is the large-scale abandonment of employment by citizens of some of the world’s most advanced economies, such as the United States. In early 2022, it was reported that over 4 million Americans quit their jobs in each month, marking six consecutive months in which this trend repeated itself (Leonhardt). While it is easy to point the finger at the pandemic, it might be more compelling to look at factors such as lack of satisfaction, motivation, or equity in jobs that have led to millions of people turning down traditional workplaces. At the same time, outside models and parallel economies, many built around decentralized networks and monetary systems, appear to be showing that it is indeed possible to create alternative modes of productivity, driven by the possibilities of mutual benefit. In this rapidly evolving world, Leeson’s idea of the economics of pirate tolerance becomes more relevant and applicable than it was at the time of its conception. Leeson proposes a concept in which “criminal self-interest seeking produced a socially desirable outcome in the form of racial tolerance” (140), though many of the lessons he explored can be applied to concepts of equity and equality. The critical point that Leeson touches upon is that even an “outlaw” mode of economic functioning can produce outcomes whereby participants in labor pools can find greater benefits than in traditional workplaces governed by corporate customs. At the crux of this issue is understanding what exactly are the benefits of the “outlaw” model that can be applied to contemporary management and productivity scenarios when conceptualizing decentralized digital teams.

Perhaps one of the key starting points is to highlight the concept of pure meritocracy that emerges in the pirate model. In the corporate setting, meritocracy has been long debated. Some have gone so far as to decry that contemporary management settings perpetuate a false myth of meritocracy. For example, Nicholson has noted that static hierarchies are all too quick to crowd out the possibility of true meritocracies in most standard workplaces. One example is the increasing gulf between CEOs and employees in the corporate world, one that increased exponentially in the last 40 odd years (Mishel and Kandra). In this sense, the myth of meritocracy might make this seem like the result of CEOs simply being better than regular employees. Nevertheless, it would appear more likely to be the consolidation of an executive hegemony that effectively seals off potential competition from lower echelons of power. Ultimately, this is to the detriment not only of the company but to all its stakeholders, being that organization in a true meritocracy would be under a state of continuous revision. As Leeson noted, the maxim of “equal pay for equal prey” was one of the driving factors producing social and racial equity in the pirate ecosystem, one in which individuals were compensated for their actual accomplishments rather than abstract ones.

In this sense, one of the first main benefits of the pirate model is that the merits of individuals are recognized as producing profits, and that collective success is recognized as being profitable for all stakeholders. Groysberg et al. have pointed out that a system in which a select few at the top make immense profits is ultimately demotivating for those beneath them who are generating the income that eventually goes over their heads. In a model that is hierarchical and effectively non-meritocratic, motivation dissipates and confidence in leadership is lost. Hence, it is unsurprising that 4 million Americans quit their jobs each month; such a shift does not speak to workers that sense equity or solidarity from management, but rather belies that they feel shortchanged and undervalued. However, it happens not only the US, but everywhere. As Sharma has observed, in recent years the UK has also seen a significant drop in manager and leadership confidence. To some degree, these may be the inevitable consequences of lopsided, unequal, and non-meritocratic working and management cultures.

On the other hand, another concept from the outlaw, pirate system that is relevant to today’s world is the idea of pay equity based on incentives. As Gibbs has noted (276), in fast-changing times, incentives must come quickly and be realistically attainable. Incentive systems that evolve slowly over time will ultimately benefit and compensate those who are longest in a system rather than those who bring the most to the table. To this extent, the pirate model is one that shatters any tendency towards stagnancy by promoting the idea of continuous innovation. Furthermore, the system that it proposes is one in which the benefit of all crew members having equal access to profits is recognized as being better for the collective.

This idea of equity has also been seen in pirate or outlaw forms of governance. Such models are effectively decentralized in nature, preferring governance by consensus over control and taxation. Gambetta and Reuter have pointed out that one of the distinct features of mafia-like criminal organizations do not imposes taxes in the same way that governments do. Rather, they distribute illicit business activities using a cartel model among participants who agree to be a part of the larger body of organized families (Gambetta and Reuter 118). The model is subsequently more based on profit division rather than forced profit sharing, which might function to create greater incentives for participants. Overall, such models stand out above many contemporary management models because they conceive of a way to balance decentralization with a unifying, common thread or agreement.

In this way, modern digital teams can develop functional models that are both decentralized yet connected to their organizational functions. Muratovic et al. delineated how digital teams can act in a decentralized fashion while still being connected to the “nerve center” of the organization (Muratovic et al.). Subsequently, digital teams can work unencumbered by the typical restraints of hierarchy-oriented corporate structures, opening the door for unrestrained innovation and development. An example of how this kind of model is being taken advantage of can be seen in the typically bureaucratic and static ambit of government. Mergel has studied how national governments have realized the potential of decentralized digital service teams that reside outside centralized governance spaces, allowing for more agile and effective technological services and processes development (1). Such teams eschew static models in favor of dynamic ones that provide benefits to team members such as autonomy and flexibility. Furthermore, such teams will work in such a way that the efforts of team members can propel them in a way that their merits will be recognized due to the immediately tangible nature of their line of work.

Ultimately, there are many parallels between digital teams and the idealized pirate crew proposed by Leeson. Digital teams can apply the concept of equality in that each team member will have a concrete, fundamental role in the success of the collective project. Leadership is unstructured and based on the merits of those who spearhead initiatives, creating an atmosphere of greater confidence in leaders. One of the principal end results is a microclimate in which individuals enjoy greater equity and collectivity, one in which the end mission is the ultimate aim that will benefit all team members. While piracy is no longer the goal, there are certainly lessons that can be applied to the evolving modern digital team.

Gambetta, Diego, and Peter Reuter. “Conspiracy among the many: the mafia in legitimate industries.” The economic dimensions of crime. Palgrave Macmillan, London, 1995. 99-120.

Leonhardt, Megan. “Over 4 Million Americans Have Quit Their Jobs for 6 Months in a Row as the Great Resignation Rages On.” Fortune, Fortune, Feb. 2022, fortune.com/2022/02/01/great-resignation-over-4-million-americans-quit-jobs-six-consecutive-months 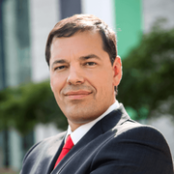 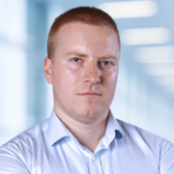